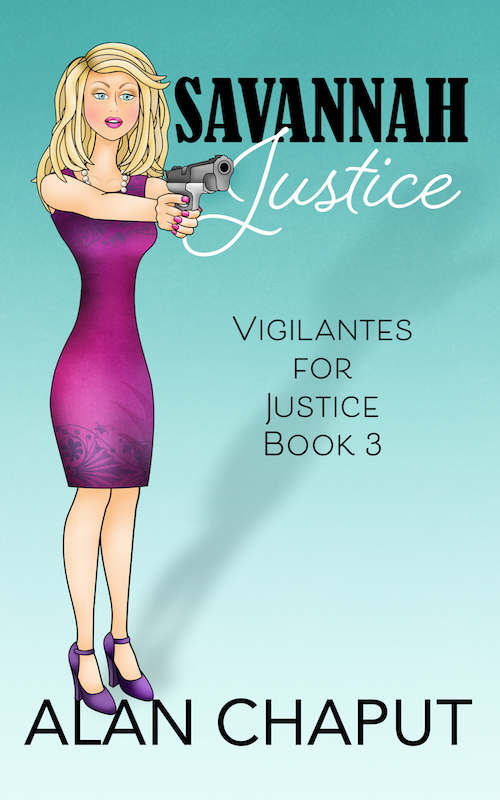 Patricia Falcon so enjoyed her visits to Meredith Stanwick’s bank. Behind the ordinary double doors on an ordinary street was one of Savannah’s most successful private banks. Access through the locked security doors was by appointment only.

The middle-aged receptionist opened the door and greeted Patricia by name. The inside of the facility was more like a plush legal office than a commercial bank. Business was conducted with client managers in private, oak-paneled offices.

Patricia wasn’t there for banking. She was there to discuss a personnel matter with her close friend Meredith. Patricia smiled to herself as the elegant receptionist led her to the conference room, a place Patricia had visited often. Meredith was already there. Patricia glanced at the wall clock. Still five minutes before their meeting. She loved how Meredith always seemed ahead of the game.

After greeting Meredith, Patricia poured a cup of coffee from the carafe, sat at the conference room table across from Meredith, and powered up her laptop. Reforming the rescue team was long overdue. “Are you sure you want to do this, Meredith?”
Meredith, dressed in a gray tweed business suit, smiled. “Somebody has to transport the abused women to the shelter, and it’s way too dangerous for only the two of us.” Meredith’s eyes went distant for a moment.

Patricia sensed she was remembering how much trust they’d had in the other members of their team. One who’d died and, well, the other who had been responsible. Judy. Patricia immediately straightened and shook off a chill.

Meredith blinked. “Doctor Caldfield is a great addition, but we need at least one more person.”

Patricia glanced at the resume on her screen. “Kira Chanel is outstanding on paper, and she aced the Skype interview. Did anything stand out in the background check you did?”

“Apart from that her father was convicted of domestic abuse?”

“That was decades ago, and Kira’s own record is clear. It’s important history, but Kira’s record speaks for itself.”

Meredith nodded. “I agree, but she’s a former Special Ops, and I’m concerned about her temperament. We don’t need her over-reacting during pickups.”

“She survived Special Ops, so she should do well under pressure.” Patricia’s eyes met Meredith’s. “Besides, Simon recommended her.”

Meredith shrugged. “He’s former military too. I wonder if he can objectively judge military temperament. Maybe Doctor Caldfield should interview her before we make a decision.”

“I don’t think we should involve Summer Caldfield until we’re sure about Kira and get a confidentiality agreement from her.” Patricia studied Meredith for any reaction, but Meredith remained unreadable. “Each new person we speak with has the potential to undermine our safety. For our protection, we have to keep our membership confidential. Often those husbands want revenge, and we’re obvious targets.”

“Okay,” Meredith said. “Though, let’s at least address temperament in Kira’s interview today. Press her a bit. See how she handles it.”

“Agreed. Any other concerns?”

Meredith closed her laptop. “No. As I said, she’s my top candidate from a totally outstanding field.” Meredith stood and headed for the door. “I’ll bring her in.”

While Meredith was gone, Patricia reviewed Kira’s resume one more time, then shut down her laptop.

Patricia stood, studied the middle-aged African-American woman, looking closely for any sign of discomfort, and offered her hand.

Kira Chanel, dressed in a black business suit and her gray-streaked hair neatly braided and tied at her nape, shook Patricia’s hand with a firm but polite grip.

Click Here to Continue Reading Chapter One of Savannah Justice