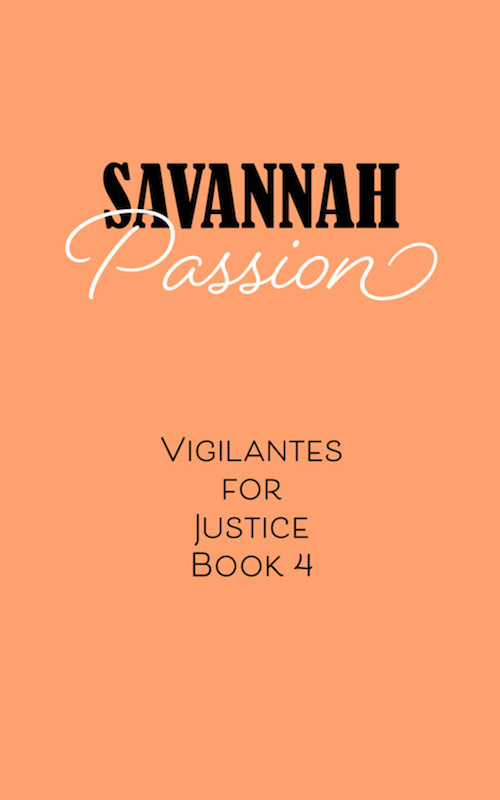 “No.” She headed to the far side of her Escalade, putting the SUV between them.

He followed. “You’s that lady they told me ‘bout, aint cha? Well ya cain’t be here snoopin’ around. This here is private property, ya hear?”

She reached for the door handle, but his calloused hand grabbed her wrist. A shudder ripped through her, igniting the nerves on her neck like a fire ant bite.

Hide the fear. Don’t show weakness or vulnerability. Strength was her only weapon, her only deterrent. Being strong and forceful had won her the respect of others. Gain this man’s respect, now. She stared into his glinting eyes. “Is this your property?”

“No.” The harshness of his tone suggested he didn’t take kindly to challenge.

She tried to pull her hand away.

He squeezed tighter, pinching her fingers.

“This is a county road. Do you work for the county?” she asked as firmly as she could manage, hoping to mask her pain, her fear.

Patricia used her other hand to peel his fingers away. She summoned her strongest tone. “I didn’t trespass and I was just leaving.” With a knot in her stomach and a trembling, aching hand, she opened the door. Though her SUV was parked on public property and she hadn’t actually trespassed, she had to be wary of a man with a rifle, an unknown purpose, and who-knew-what for brains.

The stranger pointed to the trail head. “What wuz ya doin’ back there?”

“Ya take any pictures?”

“No.” The word caught in her dry mouth.

“Mind if I have a looksee in ya knapsack?”

“I mind very much. Whatever I have in my bag is none of your business.” Her voice crackled with nerves.

Nostrils flaring, he raised the rifle barrel to her chest. “Lady, don’t gimme no trouble.”

She held up her hand, palm out to him. “Okay. Just put the gun down.”

He lowered the rifle, but a twisted, ugly smile threatened. “The bag.”

Relieved that the rifle no longer seemed an immediate danger, she eased the pack from her shoulders and opened the top.

How many times had she thought about this very moment? How many times had she practiced her move, her response, her self-preserving defense? But target practice was just holes punched through paper. Reality had come again. The game had started anew. It was time to again test her skills, her courage.

It was a one-way street. Once entered, she couldn’t turn back. What if he reacted and tried to shoot her? It could go either way. Him or me.

But, she was a Falcon. Falcons didn’t retreat or cower in fear. Falcons led, challenged, and fought for righteousness. Settle down. Do it and do it right.

In one fluid motion, she brought out her .45 automatic, armed it and aimed at his face. “Now, bubba, unless you’re ready to die to see what’s in this bag, get out of my way.”

“S … sure, lady.” Fear filled the stranger’s eyes and erased the smile. He backed off, rifle still lowered.

“Who are you?” Patricia asked in a voice gaining confidence from the strong feel of the gun in her hand.

“Who do you work for?” she asked, keeping an eye on his trigger finger.

“If I were you, I’d delete them pictures and never come back.”

“Well, bubba, you’re not me. And Miss Kimber and I will go wherever we please. You got a truck close by?” she asked. His type always drove trucks, complete with fancy gun racks for their Bambi-killing pea shooters.

The small handgun became heavier in her extended hand. Her shoulder muscles burned.

“Throw me the keys.”

He shook his head.

Patricia lowered the gun and tightened her finger on the trigger. Bam! The gun jerked. Dirt flew up between his feet.

Eyes wide, staring at the raised barrel, the man dug into his pocket and tossed her the keys.

The smell of cordite excited her, elevated her courage. The gun seemed lighter, an extension of her being, her purpose.

“Now your rifle, on the ground.”

He held the rifle close. Hesitated.

He placed his gun on the road.

“Keys and rifle will be on the hood of your truck. Now, take a hike.” Patricia waved the revolver dismissively.

The jerk took off, head down, trudging out the road, muttering indecipherable words.

If push came to shove, she knew hard data, proof, was indisputable.

Patricia laid her gun on the hood, pulled her camera from the backpack, and yelled, “Hey. Bubba.”

Not more than twenty yards away, he turned.

She snapped his picture.

Glaring, he gave her the finger, turned and kept walking.

Her adrenaline rush mixed with fear created nausea along with the shakes. She stumbled behind the truck. Grabbing the bumper to assist her weak knees, she bent and vomited her gyro sandwich. She spat acidic bile from her mouth, wiped her face on her tee-shirt sleeve and walked back to the passenger’s door.

The man was gone. She tucked the automatic into her waistband, and threw her knapsack, his keys and the rifle into her SUV. She got in, ignited the engine, and drove away.

She passed the jerk a half mile down the road and found his truck just a quarter mile beyond. She placed the rifle and his keys on the hood and took a picture. Then she went around to the back of his pickup and snapped a shot of his license plate.

No doubt the guy had made a note of her license number and would report the incident. She might have to explain. But, she was prepared for him, his bosses, their lawyers and the Planning Commission. She had more than enough pictures of the forest to illustrate to the Commission exactly what was at stake in this case.

“Your strategy to deal with Kincaid’s proposal to develop the Tybee Marsh property is brilliant,” Jake Sutherland said from across Patricia’s desk. He smiled, revealing perfect teeth. Jake was, as usual, impeccably dressed.

Patricia nodded as she put her coffee cup down. She’d known Jake, a wiry legal affairs manager for the Sierra Club, for years. “Regardless, he’s got a good shot at getting Planning Commission support,” she said.

His round dark eyes widened. “Why’s that?”

“Nothing that would stand up in court, but only money would hire a thug to follow and harass me.”

“Kincaid’s been clean until now.” Jake shook his head, his blond hair dancing over his shoulders. “What changed?”

“A backer with big money on the line.”

“Not sure.” She reached for her cup and took a sip of lukewarm coffee.

“Could be.” The answer was as lukewarm as her coffee. But it was all she had. At the moment. She’d been up most of the night trying to find a connection and hadn’t found anything firm.

Jake shifted in his chair. “If a fix is on, that makes protecting the wetland much harder.”

He nodded. “That’s why we came to you, Patricia. Slow them down. Compromise if you have to, but protect as much of the marsh as you can.”

She straightened in her chair. “I appreciate your confidence.”

“Speaking of which.” Jake pulled a letter from his briefcase, reached across the desk, and handed her the document. “We’d like to put you on permanent retainer.”

Her jaw dropped. This was the last thing she had expected. This meant she could focus all her energies on this one special case. She could bring in others. What a game changer.

Patricia took the agreement and read it. The fee wasn’t exceptional, but it would do. Material things weren’t high on her priority list. Satisfying work was.

She’d successfully completed occasional investigative work for the Sierra Club over the past three years. And now they wanted to make the relationship permanent. Yeah. She grabbed her pen and signed the agreement with a flourish.

Jake leaned forward on bronzed arms. His eyes darkened. “About the Kincaid business.”

“I’ll be careful.” Patricia pulled her purse, with the Kimber automatic, closer, reassured by the security of a weapon she had confidence in using. Her killing would be limited to paper targets, hopefully.

“You do that,” Jake said. He paused for a long moment, then asked, “Why do you do this work?”

“You said there was a man with a gun out there. You were alone. You put your life on the line because you care?”

“Of course. Otherwise criminals would overrun our city. That’s not going to happen.” She sat back and looked out the bulletproof window, toward the tree-filled square where the weathered statue of her husband’s ancestor, Moses Falcon, stood. “You see that statue out there. That’s one of my family’s ancestors. My husband’s family has been in Savannah for nearly three hundred years. Many have put their lives on the line for this city. The people of Savannah deserve justice, and I’ll do what I can to make sure they get it.”

“You can’t save the world.”

“I know.” She smiled. “But I can make our corner of it a little safer, and more peaceful.”