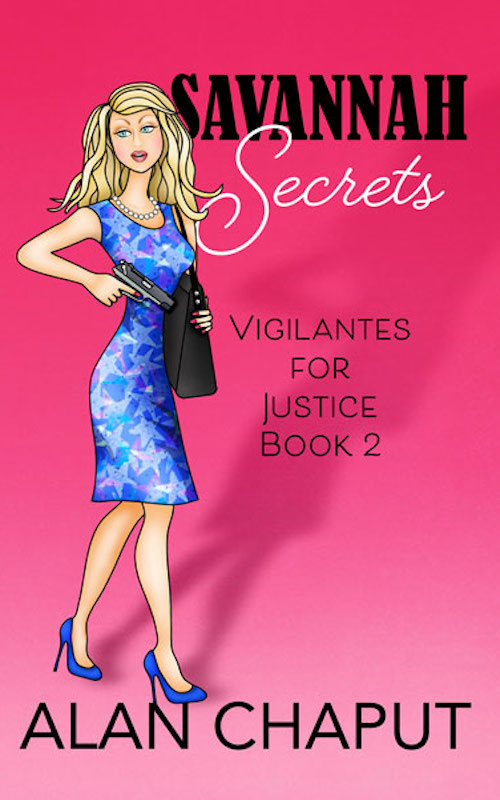 Trey Falcon left his law office at three o’clock and paused on the front stoop of the restored nineteenth century mansion to survey Falcon Square.

A breeze ruffled the Spanish moss hanging like tattered gray drapes from the ancient oaks. Foraging pigeons took flight as a young couple settled on a bench. Nearby, two children chased sun shafts filtering through the dense tree canopy.

As the air was unseasonably warm for September, Trey loosened his tie. A horse-drawn carriage filled with tourists clip-clopped past on the cobblestone roadway. Another ideal fall afternoon in historic downtown Savannah, yet his eyes scanned the entire square looking for anything out of place. His instincts, which had never betrayed him, warned that something was wrong.

He massaged the back of his tingling neck, pressing fingertips into tight muscles. It had been an intense day of depositions and, as usual, tomorrow would be equally brutal. He again glanced at his watch. Five minutes after three. A couple of hours until Father John and his daughter would arrive for dinner. More than enough time to meet with Trokev before going home to help Patricia get ready. The Trokev meeting was more than enough to make anyone jumpy. He released a sigh.

The dinner was a big step in Patricia’s recovery from last year’s attack. He swallowed a shudder and the chunk of guilt that erupted whenever her battle came to mind. That was history. Today was a new start for Patricia, for both of them. Everything had to be as perfect as possible.

Trey reached inside his jacket pocket and removed his phone. A little advance support for her big night couldn’t hurt.

She answered after one ring. “Hey, I was just thinking about you.”

Her voice sounded bright and self-assured. He hadn’t heard much of that signature tone in the last year. Her full of life spirit had fallen prey to her trauma. Now her positive attitude appeared to be returning. A smile emerged, topping his reaction.

“Check on me?” she inserted.

“Ah, yeah. You know me well; better than my mother. But you did toss and turn all night. Are you okay?”

When Patricia hesitated, Trey figured she might need an escape route. “You know, we don’t have to do the dinner tonight. We can always postpone. Father John wouldn’t mind.”

“You’re right, I didn’t sleep all that well,” Patricia said. “But, don’t you know, I woke up feeling darn good. I’m enjoying getting back to cooking for guests, and I’m looking forward to a fun evening with Father John and his daughter. It’s time, beyond time, to do this thing.”

“I love your positive attitude,” he said, glad she was taking the dinner in stride.

“I had a realization in the shower this morning after you left—I’ve shot people. Our enemies are the ones who should be fearful, not me.”